When your company makes game-based mathematics learning platforms for primary and secondary schools, it makes sense to surround yourself in a playful environment. The office is bright, colourful and fun, filled with a foosball table and meeting rooms called Hogwarts and Magic Kingdom and adorned with dragon frosted window manifestations.

Having previously worked out of a coworking space, this was Mangahigh’s first office of its own which meant they really wanted to imbue the building with their personality and flair for creativity.

Back to Projects
Other projects 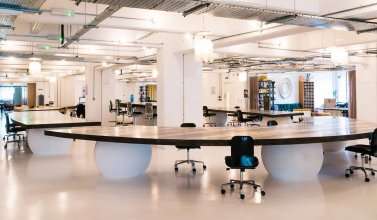 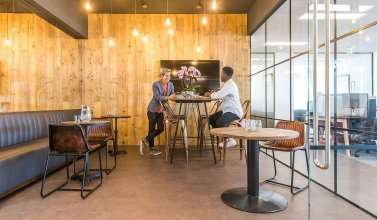 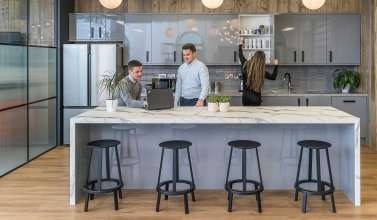