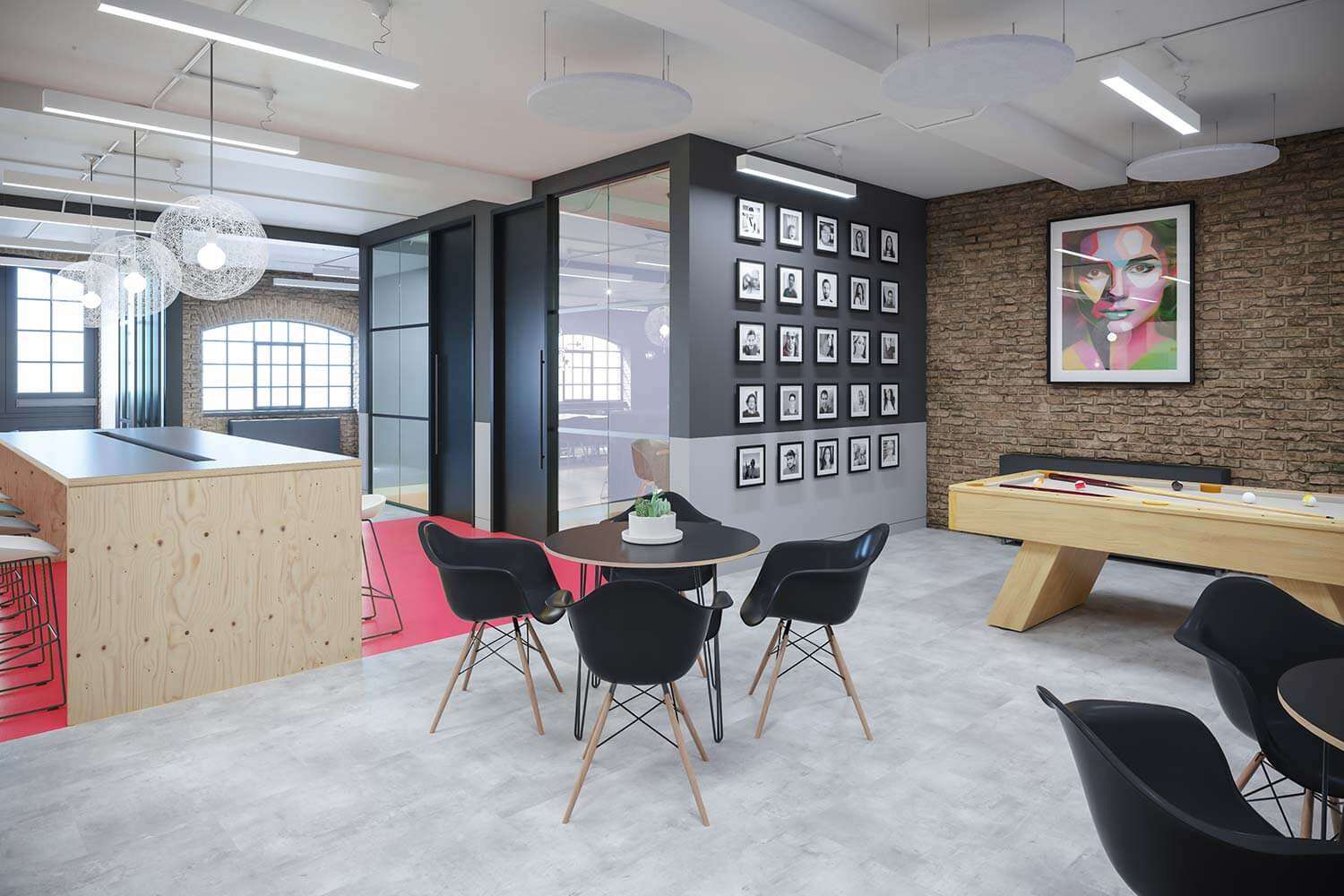 And who’d argue with his vision; Keeley’s innovation has taken his creative technology company Vidsy from start-up in 2015 to an established player today, picking up the Facebook Global Innovator 2017 award in video along the way.

The Eudiamonia Machine takes the concept of the office as an experience-based journey through 5 rooms or spaces where distinctly different work gets done: The Gallery, The Salon, The Library, The Office and The Chamber. The final inner Chamber is where, without the distraction of email and phone, deep work gets completed; a concept that Keeley really buys into: “I love the idea of using the work environment to drive value for both employees and the business, helping our team to achieve their full potential”.

We’re really excited to be working alongside Vidsy to apply the concept to their workspace; the project kicks off in their new offices in The Loom, Aldgate mid-October.